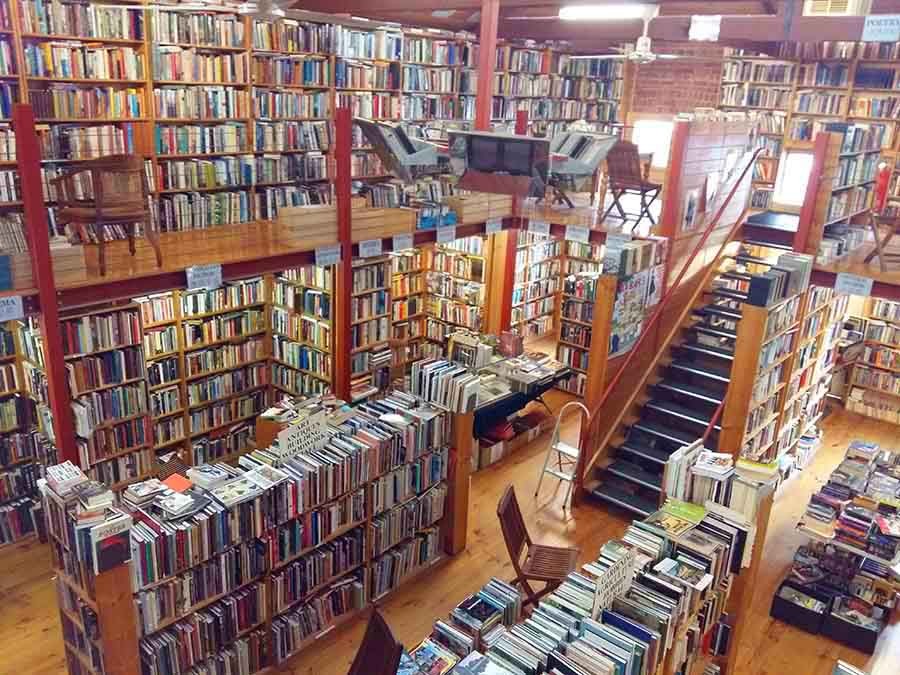 We love the randomness that creeps in when you’re on a major tour of Australia. Pins in maps, most amusing names, places you once heard Paul mention in Neighbours. Fly Isabella’s Liz Stark is a woman after our own heart, picking the next stage of her Australian travels based on ‘places you’ve vaguely heard of’. The result was Bendigo.

Want to know what to see in Bendigo, Australia?

Food is always a decent place to start with any story. We went for drinks and $4 pizzas (yes really: not great, but that price is ridiculous) with two friends who mentioned that – due to disastrous service over the Christmas period – Victoria’s V Line train service was operating for free from 23rd – 31st January 2016. Ever one to snag a bargain (I’ll refer you to the $4 pizzas), we downloaded the network rail map and shortlisted countryside towns based on those we had heard about somehow: Ballarat, Geelong and Bendigo made up the very concise list! As Bendigo is further (you got it, equals more cost savings) we boarded the 10:17am train and were pleasantly surprised by this historic gold mining town. I’m sure you could make a weekend out of it and see Lake Weeroona and walk the O’Keefe Rail Trail which there isn’t time for in one day.

LOOKOUT TOWER | is in Rosalind Park right in the centre of town and offers good views of the surrounding countryside as reward for an easy climb up: an obvious start for what to see in Bendigo. Always a fan of a tall building, this one will have to do: I think it’s about as high as you can get in countryside Victoria.

OLD GREEN BEAN CAFE | was recommended by a friend, and for some reason I became totally obsessed with it. The menu is impressive and impressively well priced. Crocheted blankets warm every chair, and I found my new favourite travel mag Suitcase amongst their reading stash.

BOOK NOW | a rare and second-hand bookshop by the Conservatory Gardens was a gem of a find. Jack is now the proud owner of The Essential Guide to Australian Fishing and I hunted out writings on my current fad Permaculture: of course, they had it all.

BENDIGO ART GALLERY | is housed in a pretty impressive building and exudes the usual serenity of a gallery space. I admit I wasn’t a big fan of much of the collection, but their next major exhibit is in collaboration with 20th Century Fox on Marilyn Monroe.

LAW COURTS | Pall Mall is the main thoroughfare on which you can’t fail to miss the two imposing Victorian buildings of the Law Courts and former Post Office, as well as the historic Shamrock Hotel. You can enter all 3 but the former is arguably most interesting as you can access more levels.

CHANCERY LANE | is a cute little alley aspiring to rival Melbourne’s laneways but definitely not cutting it. That said it’s still worth a stop for coffee at El Gordo and I enjoyed the English reference.

GOLDEN DRAGON MUSEUM | I admit we didn’t go in, mainly because it looked weird and costs $11 to see old imperial Chinese Dragons. Many Chinese miners arrived in Bendigo in 1854, hence the heritage, however – and hoping this doesn’t sound disrespectful – I’d rather wait and see the Melbourne parade for Chinese New Year thanks.

TOWN HALL | in research, I read another blog about what to see in Bendigo that waxed lyrical about this iconic building, due to its ornate internal architecture. Unfortunately it was being renovated and all closed off when we were there.

WILDLIFE | you come to Australia in fear of sharks, jellyfish, maybe crocodiles. Certainly spiders. And what do I go and get stung by? A blimmin’ bee. He was hiding in the pump of a water bubbler, to which I eagerly applied a lot of pressure with my palm.

BENDIGO POTTERY | my Mum – and the rest of the world it seems, after the airing of The Great Pottery Showdown – is pottery obsessed. This is Australia’s oldest pottery dating back to 1857, and you can choose to watch pros at work or have a go yourself. Mum, you’d be proud!

AND KNOW THIS: a world-famous bare knuckled boxer (and shepherd by day) named William ‘Abednigo’ Thompson lived on a creek near Bendigo, which flowed through the valley where gold was found, and gave the town its name.