by Global Grapevine | 20 Apr 2015 | Cultural Interest, News from Australia, Our Own Stories, What's On In Australia 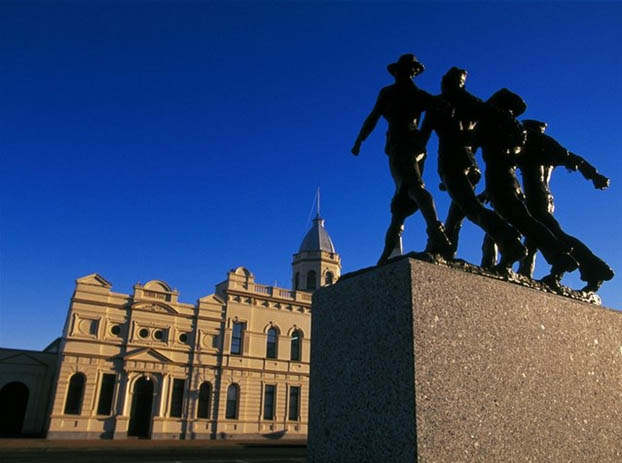 The History of Anzac Day

Anzac Day is marked on 25 April. It’s a national day of remembrance not only in Australia and New Zealand but also in a number of Pacific Islands and unofficially in Newfoundland in Canada.

Although the day is observed to commemorate all those who have served and died in conflicts around the world, 25 April is the anniversary of the landings at Gallipoli during the First World War.

Anzac is simply the name given to Australian and New Zealand Army Corps, the fighting force drawn from from both countries that went to fight as part of the British Empire in the early part of the last century.

In 1915 the Anzacs were deployed to capture Gallipoli in the Dardanelles in the expectation that they would then be able to move on to Constantinople (now Istanbul) and so control movement in and out of the Black Sea.

The Anzacs landed on 25 April but 8 months later were forced to abandon their foray after reaching a stalemate and suffering devastating losses where some 8,000 men were killed.

Anzac Day was first commemorated in 1916 and was marked with services and marches across Australia. At a march in London over 2,000 Australian and New Zealand troops paraded through the streets. And in Egypt, where the Australians returned post-Gallipoli, a sports day was held.

During the war Anzac Day was used as an opportunity to raise funds for the wounded and also to encourage the young men to enlist. Post-war the day became an opportunity for the country to remember and reflect upon all those who had had fought and died over the years.

It was not until 1927 that Anzac Day became recognised as a national day of remembrance and in many states became a public holiday.

Anzac Day follows the same pattern in towns and cities throughout the country; a dawn service, a march, a memorial service and a sunset service. The dawn and sunset services follow the ritual that serving soldiers would observe, and often the dawn service is followed by a communal breakfast.

2015 marked the 100th anniversary of the Gallipoli landings and there were special commemorative services held around the world as well as in Australia. In London, there was a dawn service, a march down Whitehall and a service at Westminster Abbey. In Turkey on 24 April (the eve of the landings), a service took place and was attended by Prince Charles and Prince Harry.